As the famed poet Robert Burns once wrote, the best-laid plans of mice and men often go awry.[1]

This is especially true in our current climate, as the COVID-19 pandemic has upended entities’ abilities to carry out their plans and obligations that are spelled out in contracts.  For example, COVID-19 has caused shutdowns of entire cities and states across the U.S. and the world, several of which have not yet, or only partially, re-opened.  In turn, these shutdowns have caused business interruptions and disrupted supply chains.  In some instances, all of this has combined to make performance of contractual obligations impossible. 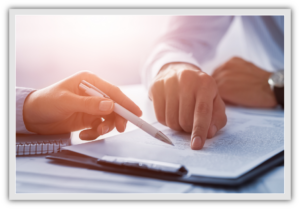 Entities that find themselves in such situations and are looking for a way out of their obligations should look over their contracts to see if they contain force majeure clauses.

A force majeure clause excuses performance of contractual obligations as a result of events that are outside the parties’ control.  Examples of such events include wars, labor strikes, natural disasters, and other “acts of God.”  The scope of force majeure clauses varies contract to contract.  Depending on the wording of a particular force majeure clause, it may enable a party to use the COVID-19 pandemic as a valid reason to excuse their obligations under the contract.

If a contract lacks a force majeure clause, an entity seeking to avoid its contractual obligations may be able to avail itself of two common law doctrines: impracticability and frustration of purpose.

For the doctrine of impracticability to be invoked, a party typically must show three elements: (1) there must be an occurrence of a condition, the nonoccurrence of which was a basic assumption of the contract, (2) the occurrence must make performance extremely expensive or difficult, and (3) this difficulty was not anticipated by the parties to the contract.

For example, if a venue had contracted with a singer to sing at a concert, but that concert was canceled due to COVID-19, the venue may be able to use the frustration of purpose doctrine to avoid having to pay the singer.  While literal performance is still possible (i.e., the singer could technically still sing), the purpose of the contract has been frustrated (i.e., the singer was supposed to sing at a concert in front of a crowd, but the concert has been canceled).

COVID-19 has impacted everything, from people’s personal lives to their business dealings.  If the pandemic has rendered it impossible to perform a contractual obligation, or frustrated the purpose of a contract, force majeure clauses and the doctrines of impracticability and frustration of purpose may be ways for parties to avoid performance without breaching the contract.

[1] For those 18th Century English literature majors, it is acknowledged that the original text of Robert Burns’s “To a Mouse, on Turning Her Up in Her Nest With the Plough, November, 1785” states, “The best-laid schemes o’ mice an’ men gang aft agley.”