In the latest guidance on the Payroll Protection Program (issued May 13, 2020), the Treasury Department and the Small Business Administration appear to have acted to calm concerns held by many recipients of federal payroll protection loans. The guidance will hopefully eliminate a measure of worry and uncertainty about the “good faith” certification required as part of the application process. 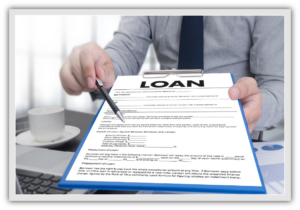 On March 27, the President signed the Coronavirus Aid, Relief, and Economic Security (CARES) Act. One of the highly touted components of the CARES Act was the Payroll Protection Program, designed to provide economic relief to small businesses through potentially forgivable loans.

Loans were to be used to cover payroll costs (salaries, health costs, retirement expenses), along with mortgage payments, rent, and utility costs. The portion of the loan used in the eight-week period following receipt of the proceeds was subject to forgiveness.

Businesses were encouraged to apply for PPP funding rather than lay off employees. Those who had already laid off employees were also incentivized to seek funding and reinstate them. In the first round of funding, almost 1.7 million loans – totaling approximately $342 billion – were processed in less than two weeks. A second round of funding (another $310 billion) was subsequently authorized by Congress.

In between the two funding rounds, however, reports surfaced that many large, publicly-traded companies had received PPP loans. That resulted in new guidance from the Treasury department regarding the certification required of all PPP applicants that “current economic uncertainty” made the loan “necessary” to “support the Applicant’s ongoing operations.”

According to the Treasury department FAQ #31 (issued April 24), the certification required consideration of an applicant’s ability “to access other sources of liquidity sufficient to support their ongoing operations in a manner that is not significantly detrimental to their business.” This new guidance raised more questions than it answered, especially for true small business owners who now feared being accused of having falsely certified a loan application even though they had limited resources in the face of massive economic uncertainty.

On May 13, 2020, the SBA and the Treasury Department issued FAQ 46, which outlines a “safe harbor” regarding the SBA’s review of the certification of PPP loans. Specifically, the safe harbor provides that any borrower that, together with its affiliates, received PPP loans with an original principal amount of less than $ 2 million will be “deemed to have made the required certification concerning the necessity of the loan request in good faith.” According to the FAQ, this safe harbor will “promote economic certainty as PPP borrowers with more limited resources endeavor to retain and rehire workers.”

As a result, the overwhelming majority of PPP borrowers should be “deemed” to have sought their loans in good faith. For those borrowers, the concern should now turn to the mechanics of loan forgiveness – which is another area where additional guidance will hopefully be forthcoming soon.