Recently, during a supervisor-training session I conducted with one of my colleagues to address the “#MeToo uprising,” upper-management personnel asked me about the workplace implications, if any, of the Masterpiece Cakeshop case that is set to be heard by the Supreme Court of the United States (“SCOTUS”) tomorrow, December 5, 2017.   I responded that reconciling religious liberty rights and anti-discrimination protections is no cakewalk [if you know me, you know this cheesy pun is totally intended]—and that I don’t envy the Justices in the slightest. 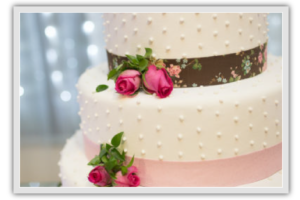 I also told our client that although, understandably, the wide-ranging legal arguments on both sides of the debate primarily focus on so-called “public accommodations” discrimination laws—those that generally prohibit discrimination by businesses engaged in commerce—the Masterpiece Cakeshop decision could also impact employment anti-discrimination laws like Title VII, as explained below.

For those who have not been following Masterpiece Cakeshop, which has been characterized as the most significant constitutional case of the current SCOTUS term, it involves a cake artist who refused to use his artistic skills to create a wedding cake for a same-sex couple.  According to the cake artist, his refusal to create the wedding cake is rooted in his sincerely-held religious beliefs about same-sex marriage, and his unwillingness to exercise his artistic abilities to expressively endorse a same-sex union.

Many obscure constitutional-law principles are hashed out in the numerous briefs in support of, and in opposition of, the cake artist who filed the petition with SCOTUS.  Does the public accommodations anti-discrimination law at issue impermissibly compel the cake artist’s speech?  Does the cake artist assert a “hybrid right” [a naked free exercise right plus an additional constitutional speech right] that triggers so-called “strict scrutiny” analysis instead of the “rational basis” review that SCOTUS typically applies to neutral laws of general applicability?  These, and other difficult but important questions are worth exploring—and must be explored.   However, in my estimation, one issue that has not garnered enough attention is whether the cake artist’s First Amendment “expressive association” rights render the public-accommodations discrimination law unenforceable as applied.  How SCOTUS resolves the cake artist’s First Amendment “expressive association” argument, if at all, could significantly impact employment anti-discrimination laws like Title VII.

SCOTUS has repeatedly held that the First Amendment codifies the individually-exercised, natural right of “expressive association”—the right to communicate a particular message in concert with other voices.   This means that speakers have constitutionally-protected autonomy to be masters of their preferred message.  In that vein, SCOTUS has previously upheld the right of the Boy Scouts of America organization to exclude from its membership a homosexual man, because “the presence of [the man] affects in a significant way the group’s ability to advocate public or private viewpoints.”  SCOTUS has similarly upheld the rights of St. Patrick’s Day Parade organizers to exclude the Gay, Lesbian, and Bisexual Group of Boston because the group’s presence “would have interfered with the parade organizer’s choice not to propound a particular point of view.”

Those who have sought to limit the reach of the SCOTUS’s “expressive association” cases have distinguished between noncommercial “expressive association” rights and commercial “expressive association” rights—the theory being that once an individual or entity enters the marketplace of commerce in any substantial degree, it loses complete control over its message, and the government may impose restrictions on messaging.   However, some legal scholars suggest that SCOTUS’s recent Citizens United and Hobby Lobby opinions [which collectively advance commercial business entities’ constitutional speech rights], taken together, significantly blur or completely obliterate the commercial/noncommercial distinction—opening the door to the argument that certain for-profit business entities may, on the basis of “expressive association,” legally refuse to employ individuals who, in the view of their business owners, interfere with their business purpose to communicate their sincerely-held religious beliefs through their craft.  This is, according to many commentators, a possible threat to Title VII—and this is what I shared with our client.

We will watch the Masterpiece Cakeshop case closely, and look forward to updating this blog post.