Under prior Obama-OSHA guidance addressing post-accident drug testing [issued on May 12, 2016], employers often faced an unenviable dilemma when accidents happened—test in an environment marked by uncertainty caused by a lack of clear administrative guidance about how employers must determine if a drug likely contributed to the accident [OSHA’s “bee sting” example was not terribly instructive], or forego testing altogether.  Understandably, without clear direction, employers were concerned that testing could be viewed as retaliatory under the Obama-OSHA guidance. Since May 12, 2016, the employer community has been clamoring for better, clearer direction. 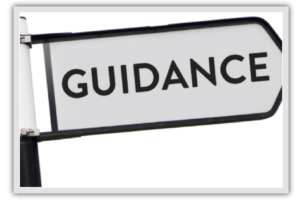 Thankfully for employers, Trump-OSHA issued new guidance on October 11, 2018, which clarified the agency’s position as to whether certain types of drug testing violate 29 C.F.R. § 1904.35(b)(1)(iv), which prohibits employers from discharging or discriminating against an employee for reporting a work-related injury or illness.  In its memorandum, OSHA unequivocally stated that its regulations do “not prohibit workplace safety incentive programs or post-incident drug testing.”

In its memorandum, OSHA noted that many employers who conduct post-incident drug testing “do so to promote workplace safety and health.”  OSHA wants to encourage such behavior and believes that an employer who “consistently enforces legitimate work rules (whether or not an injury or illness is reported) would demonstrate that the employer is serious about creating a culture of safety.”  The only time that a post-incident drug test would violate 29 C.F.R. § 1904.35(b)(1)(iv) would be if the employer mandated the test “to penalize an employee for reporting a work-related injury or illness rather than for the legitimate purpose of promoting workplace safety and health.”  Accordingly, OSHA has eliminated the need for employers to analyze whether there was a “reasonable possibility” that drugs or alcohol contributed to the accident.  Instead, employers now have the green light to conduct post-accident drug/alcohol testing, so long as all employees whose conduct could have contributed to the accident are tested, rather than testing only the employees who reported injuries.

OSHA further stated that “most instances of drug testing are permissible,” including:

In addition to clarifying the propriety of post-incident drug/alcohol testing, OSHA’s guidance also explained how incentive programs can be used by employers as a tool to promote workplace safety and health without violating 29 C.F.R. § 1904.35(b)(1)(iv).  For example, the agency explained that positive action taken under an incentive program that rewards workers for reporting near-misses or hazards is always permissible under the regulation.  Another type incentive program is rate-based and focuses on reducing the number of reported injuries and illnesses.  A program like this typically rewards workers with prizes at the end of an injury-free month.  This type of program is also permissible if it is “not implemented in a manner that discourages reporting.”

Thanks to OSHA’s new guidance, employers are now safer.  Employers are free to implement post-incident drug/alcohol testing without analyzing whether there was a “reasonable possibility” that drugs or alcohol contributed to the incident, so long as the employer tests all employees involved.  Further, OSHA encourages employers to create incentive programs that promote workplace safety, so long as the program is not designed to discourage reporting.