Yesterday, the United States Supreme Court ruled that employers cannot take certain employment-related actions, such as firing an employee or refusing to hire an applicant, because of that person’s sexual orientation or gender identity.  In its 6-3 decision, authored by Justice Gorsuch, the court held that the protections of Title VII of the Civil Rights Act of 1964 against actions taken “because of … sex” includes taken because an individual is homosexual or transgender. This long-awaited decision settles a split amongst the federal circuit courts and affords protections for the first time to individuals in approximately half of the states.

For Wisconsin employers, this decision may not result in a major impact on their 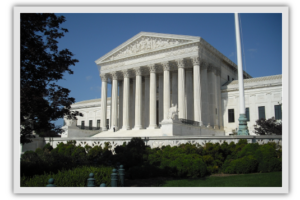 policies and practices.  The Wisconsin Fair Employment Act, since its inception in 1981, extended protections for sexual orientation (though not for gender identity).  Indeed, Wisconsin was the first state in the nation to afford employment-related protections for sexual orientation. Additionally, in 2017, the Seventh Circuit (covering Illinois, Indiana, and Wisconsin), became the first federal circuit court to hold that Title VII afforded protections against employment discrimination based on sexual orientation “because of … sex.”  Hively v. Ivy Tech Community College, 853 F.3d 339 (7th Cir. 2017) (en banc).  While protections for transgender individuals was not an express issue addressed by Hively, the Seventh Circuit’s decision suggested that a similar conclusion could be reached as to gender identity.  Thus, many, if not most, Wisconsin employers had already put in place protections against discrimination on the basis of gender identity. For those Wisconsin employers that have not yet done so, they should note such protections and almost certainly update their policies and handbooks to reflect such protections.

Yesterday’s decision consolidated three cases.  The first, Zarda v. Altitude Express, involved a skydiving instructor, Donald Zarda, who jumped in tandem with clients.  Mr. Zarda claimed that he was fired shortly after telling a female client and her boyfriend that he was gay. In the second case, Bostock v. Clayton County, Ga., Gerald Bostock worked for Clayton County  in Georgia for 10 years.  Following his joining a gay softball league in early 2013, his employment was terminated.  The stated reason for the termination in June, 2013 was “conduct unbecoming of a county employee.” Clayton County claimed Mr. Bostock had mismanaged public funds.  Finally, the third case, R.G. & G. R. Harris Funeral Homes Inc. v. EEOC, involved a funeral home director, Aimee Stephens, who had initially presented and worked as a man for six years.  She was fired after informing her employer in 2014 of her gender identity and her intent to “live and work full-time as a woman.”

The crux of the analytical issue, as both the majority opinion and a dissent by Justice Alito (joined by Justice Thomas) discussed in-depth, was whether sexual orientation and gender identity were traits that could be separated from sex.   While the majority decision acknowledged that homosexuality and transgender status were “distinct concepts” from sex, it held that discrimination based on these traits “necessarily entail … sex.” As Justice Gorsuch stated for the majority, “An employer who fires an individual for being homosexual or transgender fires that person for traits or actions it would not have questioned in members of a different sex.  Sex plays a necessary  and undisguisable role in the decision, exactly what Title VII forbids.”

As Justice Gorsuch stated another way, “[I]t  is impossible to discriminate against a person for  being  homosexual  or  transgender  without  discriminating  against that individual based on sex.”  The majority decision also set out this hypothetical, “The employer hosts an office holiday party and invites employees to bring their spouses.  A model employee arrives and introduces a manager to  Susan,  the employee’s wife. Will that employee be fired?  If the policy works as the employer intends, the answer depends entirely on whether the model employee is a man or a woman.”

Justice Alito’s dissent refused to engage in that hypothetical analytical exercise, as he responded, “The employer presumably knew that this employee was a woman before she was invited to the fateful party.” Justice Alito continued on to argue that this theoretical employer at this fictional party learned only one new fact at this party:  the employee’s sexual orientation.  Justice Alito reasoned, “[I]t was this new information that motivated her discharge. So this is [an] example showing that discrimination because of sexual orientation does not inherently involve discrimination because of sex.”

While some may express surprise at two of the more conservative justices concluding that Title VII affords protection for sexual orientation and transgender status, Justice Gorsuch explained that the court’s decision was based on its analysis of the statutory text of Title VII, “When it comes to statutory interpretation, our role is limited to applying the law’s demands as faithfully as we can in the cases that come before us. As judges we possess no special expertise or authority to declare for ourselves what a self-governing people should consider just or wise. And the same judicial humility that requires us to refrain from adding to statutes requires us to refrain from diminishing them.”

From a procedural standpoint, yesterday’s decision affirmed the judgment of the Second and Sixth Circuits (Mr. Zarda’s and Ms. Stephens’ cases) and reversed the judgment of the Eleventh Circuit (Mr. Bostock’s case). Both Mr. Zarda and Ms. Stephens passed away prior to yesterday’s decision. Mr. Zarda died in 2014 in a BASE-jumping accident in Europe. He was 43  years old.  Ms. Stephens, 59, passed away last month due to complications from kidney disease.  Mr. Bostock’s case was remanded, with the trial court now tasked with determining whether the termination of Mr. Bostock’s employment was based upon a conduct- or performance-based reason or due to his sexual orientation.