The case involved an injury suffered when a resident slipped on a patch of algae located on a public street. The algae was caused by sump pump discharge from a house on the street. 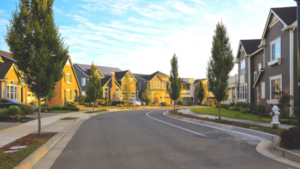 Upon appeal, the Court of Appeals ruled the case could continue against the property owner, but that the claims against the city are barred by governmental immunity, and therefore, could not continue.

Under the governmental immunity statute, the Court of Appeals found that the city should not be held liable for the injuries suffered by the pedestrian by finding that the city ordinance did not specify with sufficient clarity that the exclusive obligation for maintenance of the street rested with the city and that the city had discretion to determine whether or not to perform periodic inspections and cleanup the city street.

Ultimately, the Court of Appeals concluded that the city was entitled to immunity from the lawsuit and was dismissed from the lawsuit.  This decision acknowledges the importance of the governmental immunity statute for decisions made by local government units.

Dean and Evan are skilled municipal lawyers ready to offer guidance on a variety of legal matters. Contact us today to get started.